Coming soon!
Bryson Montgomery works her computer magic for the Omega Team. Her extraordinary ability to access and maneuver around the Dark Web, that portion of the Deep Web where criminals conduct their business, has made an enemy who’s out to end her life. But who is it?
Oliver Lowell, former Special Air Service officer and current mercenary, met Bryson through freelancing work he’s done for Omega. They fell in lust immediately and have been content to keep their intimate relationship a secret from the others. When her adversary blows up her apartment, Oliver is tasked with protecting her. Not just because she’s on vacation in London, his hometown, but, more importantly for him, because she’s the most essential person in his world. He’ll protect her from this unknown enemy or die trying.
Her adversary follows them to a castle-cum-hotel in West Sussex, where Oliver’s skills are put to the test. Bryson’s life is on the line; failure is not an option. He must stop her enemy before their dark retribution can end the woman he loves.
Read More 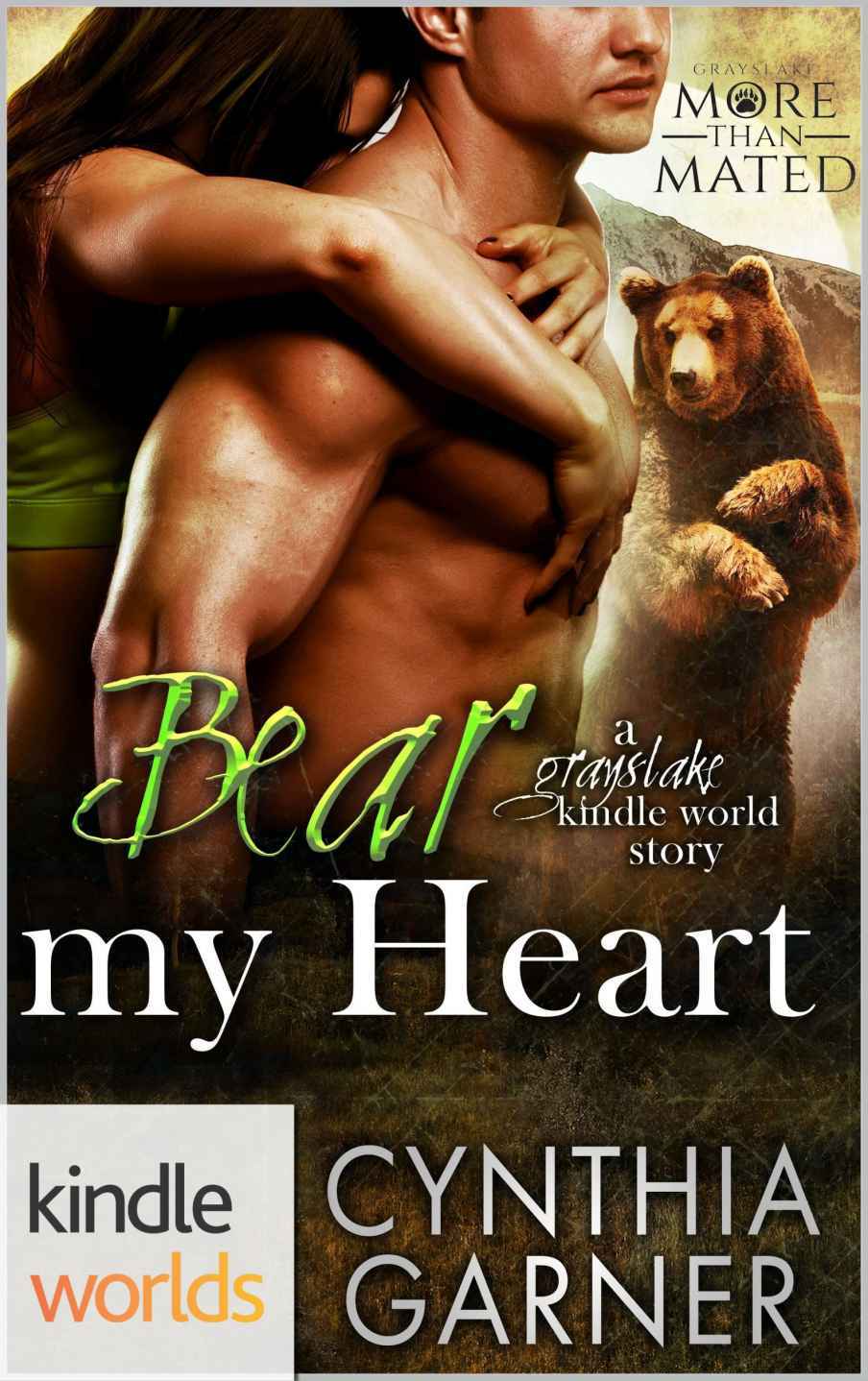 Ivy Fitzhugh is on the run with her best friend’s eighteen-month-old little girl, Bella. To save the toddler from the same fate as her now dead mother at the hands of Bella’s father, Ivy plans to take the little girl to a small bear clan near the Everglades in Florida. But fate and a broken-down, POS car have other plans.

Cullen MacAvoy is a part-time deputy sheriff and a full-time Enforcer who also makes a living crafting wooden furniture. He recognizes Ivy as his fated mate, but he wants nothing to do with it. He doesn’t want to end up like the other males in his clan, led around by their mates as if they didn’t have minds of their own.

No, he’d help the woman and her adorable little girl, find out what she was hiding, and let her go on her way.

He wouldn’t let his lonely bear have any say about it. But when Bella’s father shows up, Cullen must protect the woman he loves, at all costs.

In a post-apocalyptic wasteland, civilization no longer exists, and only the strongest survive. The few remaining humans must band together with supernatural beings to battle unspeakable evil–or all hope will be lost.

After accidentally starting the zombie apocalypse, Kimber Treat now lives with her vampire lover in a compound where humans and vampires live together peacefully. A gifted necromancer who can summon the dead, Kimber is beyond happy when she learns she’s pregnant. But as her body changes, Kimber fears that her powers are being influenced by evil, a fact she must keep from everyone, including Duncan…

Duncan MacDonnough is preoccupied with his new role as leader of the local vampire conclave, but not so preoccupied that he doesn’t notice that Kimber is acting strangely. She’s grown distant, and Duncan is convinced she’s hiding something. Duncan knows the key to stopping the apocalypse is Kimber’s powers, but using them puts her life at risk. With the threat from the zombie outbreak looming, will Kimber and Duncan learn to trust each other once more to save themselves, their unborn child, and the rest of the world?

Available at B&N, Books-A-Million and Amazon.

Kimber Treat is an ordinary woman with an extraordinary gift: she can raise the dead. As a necromancer who works with the police, she communicates with murder victims to bring their killers to justice. But after a normal session goes horribly wrong, Kimber realizes she’s summoned something dark and sinister. She’s unwittingly unleashed the apocalypse, and everyone blames her…except Duncan MacDonnough, the devastatingly handsome vampire she can’t stop fantasizing about.

As society shuts down and flesh-eating hordes close in, Duncan vows to protect Kimber. He can keep her safe from others-but not from the insatiable carnal hunger he feels for her. Now racing to reverse the chaos she’s unleashed, Kimber can’t afford any distractions. But even as she succumbs to Duncan’s seduction, she fears that he has a hidden agenda. And with the line between life and death starting to blur, his secrets might kill her-or worse…

Available at B&N, Books-A-Million and Amazon.

5 Stars from N. Kuhn Reviews and News: “The story is exciting, erotic…and keeps you glued page after page.”

WARRIORS OF THE RIFT SERIES

Once a generation, the rift between the paranormal world and the human world opens, allowing supernatural entities to cross. Vampire, demon, or shapeshifter, they can save the world–or send it spiraling into chaos.

Half-demon, half-human, Nix de la Fuente is accepted by neither and mistrusted by both. Determined to prove she’s more human than not, she devotes herself to solving crimes between the world’s mortals and its most unsavory undead. But her latest case brings her face to face with the one vampire she could never resist . . .

Called in to investigate a string of violent murders, special agent Tobias Caine isn’t interested in rekindling his relationship with Nix. Yet one look and the vampire knows his need for her is as strong as ever. Once, their all-consuming passion nearly cost Nix her fragile hold on her humanity. Now, as their hunger for one another intensifies, exposing them to an unimaginable danger, it could cost them both their lives.

RT review: 4 Stars! “…a cool premise and interesting characters. One to watch!”

Order from B&N, Books-A-Million, and Amazon.

In this prequel to Secret of the Wolf, Sirina lan Maro has always been loyal to her home planet of Avasa, fighting alongside her brother and cousin in their nation’s army. But when her cousin plots the assassination of their planet’s leader, Sirina finds herself hunted and imprisoned, along with her family. Though innocent of any wrongdoing, Sirina is forced through the rift, only to find herself in nineteeth-century London, trapped in the body of a human host. Now, alone and forever changed, she struggles to survive in this strange new world.

Buy in electronic version only at B&N and Amazon.

As a werewolf liaison to the Council of Preternaturals, Tori Joseph is used to straddling the world between humans and immortals. She plays by the rules and always delivers justice, no matter the cost. But after a string of increasingly brutal attacks results in humans turning into werewolves, Tori doesn’t reveal her horrifying suspicion: Someone very close to her might be responsible.

Investigating the paranormal violence, no-nonsense detective Dante MacMillan believes Tori is hiding something. His search for the truth draws him into greater danger as he gets closer to the dark realm of the immortals—and to the sexy werewolf who stirs his primal lust. Now with evil closing in around them, Dante must convince Tori to trust him . . . before her deadly secret destroys them both.

Order from B&N, Books-A-Million and Amazon.

The next opening of the rift is coming-and its consequences will be deadly. A rogue group of human-hating preternaturals is planning an apocalyptic attack, but the Council of Preternaturals may have found the key to saving the world: Keira O’Brien, a fey with a long criminal record, whose empathic abilities once made her the queen of con artists. If she successfully infiltrates the dangerous faction, the sins of her past will be forgiven.

Keira isn’t the only agent working against the rogue prets. Finn Evnissyen, a powerful demon with a dark lineage, is a hired assassin looking for a way out. If he stops the threat, he will finally earn his freedom. As the rift fast approaches, and danger escalates, Finn and Keira must discover if they’re on the same side-or sleeping with the enemy . . .

RT Books review: 4 Stars! “…action, solid pacing and intense conflict between these supernatural creatures lie at the center of this paranormal romance. Add to that the sizzling chemistry between Keira and Finn, and Garner’s latest definitely heats up the pages.”

Order from B&N, Books-A-Million and Amazon.